Five Favorite Places (as of today)

I love anyplace that’s tropical, flower-filled, and surrounded by the sea, but the first time I flew into Molokai thirty-five years ago, I was severely disappointed. The landscape around the airstrip looked like something from far West Texas. I soon discovered its waterfalls, iconic town of Kaunakakai, pineapple fields, deserted beaches, and Kalaupapa—one of two former leper colonies located in the United States. I walked miles down steep cliffs with hundreds of switchbacks to reach what is now a National Park and one of the most beautiful places on earth. Several years later I met a friend Mabel—a real Hawaiian princess, a native of Molokai, who took me to her family home, and eventually I went on a mission trip to Molokai with my son and our church youth group. In these trips, I found the beauty of Molokai. I knew this place had impacted my heart.

Islay is one of the small lower Hebrides islands off the west coast of Scotland. I landed in Islay for the first time on a church mission trip. I stayed with a family who lived above their family-owned grocery store, where my wee room had a window overlooking Port Ellen harbor. From the first morning when I awoke to see the ferry coming in, I knew that Islay would have a special place in my heart. It’s so unlike anything I’m accustomed to or profess to like—cold and rainy, rocky beaches, and very remote. I can still smell the peat, hear the seals along the shore, and taste the Empire Biscuits from the Bowmore Bakery, and I’ve returned many times, taking different family members and friends with me to see the prehistoric standing stones and Celtic stone crosses, to climb the stiles that span the miles of stone fences, and to pick the heather that grows amongst the grazing sheep. Read more about Islay in my essay, At Home in Islay, Scotland.

Although I had heard about Cape Cod all my life and my mother grew up nearby, I have only rather recently come to call Cape Cod a favorite place. A very dear, life-friend, Anne purchased her childhood summer home on Cape Cod a decade ago. I’d heard her stories, seen her pictures, and known her extended family through the places on Cape Cod. Then, suddenly, her husband and our special friend died, unexpectedly on their beach. Since then, Anne’s friends have vacationed with her at the Cape every summer. The icy water, lobster feasts, cranberry bogs, ferry daytrips, whale-watching, gray-sided saltbox houses, and lighthouses are now a part of one of my favorite places.

Since 2012 Budapest has become a second home for me. I actually live in Budapest during June and July while the International Commission English/German camps are going on. Known for its many sweeping bridges across the Danube, the Castle District, art nouveau architecture and it’s unique cuisine, Budapest is a city of history and intrigue. Once a part of the Austro-Hungarian empire with the second highest population of Jews, Hungary is now experiencing a revival of Christianity. Its people and even its language, which am attempting to learn, have stolen my heart. 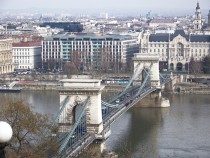 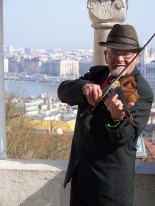 McKinney has been my home for over thirty years (more than fifty for Jerry who grew up in McKinney). In the years that I’ve been in McKinney it has grown by 800%! Our not-so-little town is “on the map” and recently named the #1 best city to live in America – 2015. We have more registered historic homes than any city in Texas (besides Galveston). We’re older than Dallas, the county seat of Collin County, and definitely not a “bedroom city”. I fell in love with McKinney from the very first time I visited with Jerry in 1965; loved it as a place to raise our children; and love it more every time I shop or visit a restaurant on the Square today. Our church, First Baptist Church of McKinney, has been a sustaining force in our lives here, and it continues today as an outreach of hope to all the city and around the world.

Read More About the Book